It’s time to change the conversation about leadership.

Take one day to focus on becoming the kind of leader who makes other people better.

Does anyone think there are too many great leaders out there? Didn't think so.

If you’re like us, you want to be a better leader. You know you can be better than you are.

The sessions will be virtual, but the content will still be powerful.

These sessions are complimentary and open for anyone interested in learning about Admired Leadership.

Conference Agenda IS TO Be Determined

All sessions will be recorded and shared with registered participants. 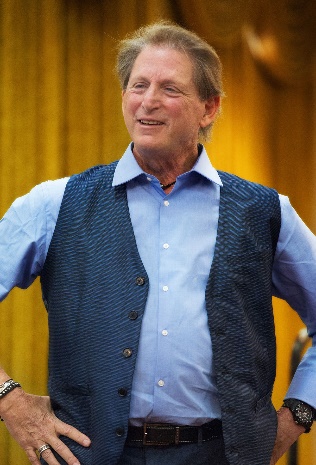 Terry Real is an internationally recognized Family Therapist, Speaker and Author. Terry founded the Relational Life Institute (RLI), offering workshops for couples, individuals and parents around the country along with a professional training program for clinicians wanting to learn his RLT (Relational Life Therapy) methodology. A family therapist and teacher for more than twenty five years, Terry is the best-selling author of I Don’t Want to Talk About It: Overcoming the Secret Legacy of Male Depression (Scribner, 1997), the straight-talking How Can I Get Through to You? Reconnecting Men and Women (Scribner, 2002), and most recently The New Rules of Marriage: What You Need to Make Love Work (Random House). Terry knows how to lead couples on a step-by-step journey to greater intimacy — and greater personal fulfillment.

A senior faculty member of the Family Institute of Cambridge in Massachusetts and a retired Clinical Fellow of the Meadows Institute in Arizona, Terry has worked with thousands of individuals, couples, and fellow therapists. Through his books, the Institute, and workshops around the country, Terry helps women and men, parents and non-parents, to help them create the connection they desire in their relationships. Terry’s work, with its rigorous commonsense approach, speaks to both men and women. His ideas on men’s issues and on couple’s therapy have been celebrated in venues from the Good Morning America, The Today Show and 20/20, to Oprah and The New York Times.

A proponent of “full-throttle marriage,” as described in The New Rules of Marriage, Terry has been called “the most innovative voice in thinking about and treating men and their relationships in the world today.”

The New York Times Book Review described Terry’s work as: “A critical contribution to feminist psychology (that) brings the Men’s movement a significant step forward.” Robert Bly hailed it as “moving onto new ground in both story and song. Exhilarating in its honesty.”

Terry’s Relational Life Institute grew out of his extensive and empathic experience. He teaches people how to make their relationships work by providing products and services designed to teach the principles of Relational Life™, so that everyone can enjoy full respect living and craft a healthy life legacy. 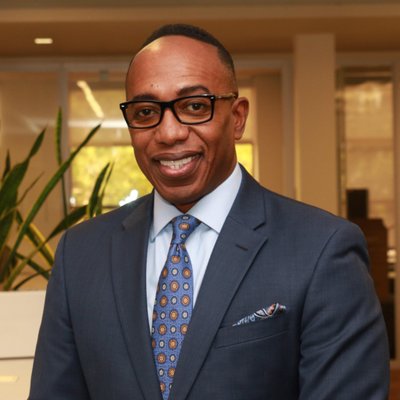 Shaun McAlmont is an education executive based in the United States. His parents both continued their education over many years, resulting in his father becoming an Engineer and mother a Nurse, while Shaun was in his teen years. Their lifelong commitment to hard work and learning inspired Shaun’s educational pursuits and career path. He understood the value of an education, and specifically the benefits of continued learning, all from the experience within his own home. At a young age Shaun found that he had natural academic, social and athletic abilities which he worked hard to master. Early life successes in these areas bolstered his confidence and developed his ability to motivate others by example. His efforts to avoid becoming one dimensional in his skills and achievements resulted in athletic and academic success, development of effective communication skills, and his selection as team captain of 3 separate sports over multiple years. He was also selected as valedictorian of his graduating class.

Shaun’s early accomplishments formed a foundation for his future achievements. Setting numerous athletic performance records while attending high school in Toronto led to multiple scholarship offers. Shaun selected Brigham Young University, where he attended as one of very few minority scholarship athletes. Despite this circumstance he succeeded, and as a captain of the BYU team, he played a leadership role while also achieving BYU performance records and multiple years of All-Western Athletic Conference recognition. While at BYU, he also earned the opportunity to compete internationally with the Canadian National Track Team. Shaun’s athletic background influences his work ethic, and life in general. He specialized in the hurdles which is a race requiring speed, strength, flexibility, endurance and a keen ability to clear high barriers while running at full speed. He considers the hurdles a metaphor for life as he continues to successfully clear life’s obstacles while moving at a rapid pace.

Shortly after graduating from BYU he was hired by Stanford University as an academic advisor for minority students and athletes, and two years later returned to work for his alma mater, BYU, in a similar role. He built a foundational understanding of student services in these roles, and served as a staff role model for students; a testament to his character and innate motivational abilities. Following these roles, Shaun spent a large part of his career working, advancing and gaining expertise in adult, technical, online and career education, positioning him as a national leader in these fields. He has been promoted in almost every position he’s held and has served as a leader in multiple organizations; achieving the top leadership position at two institutions. His ability to set and achieve goals, stay calm under pressure and work as both teammate and captain, continues to set him apart.

Shaun’s career has given him exposure to educational technology, sales and marketing, student services, faculty and instruction, accreditation, finance, legal matters, and regulatory change. He has worked in traditional education settings, fully online environments, and middle school through adult and continuing education. Following his time as President and CEO of Lincoln Education, Shaun decided to pursue a doctoral degree to further validate his education experience and position him for future opportunities. He went on to earn his Doctorate in Higher Education from the University of Pennsylvania and graduated with a rare dual distinction for both his dissertation and also for the oral defense of his research, while also being selected to speak on behalf of his classmates at the Penn Higher Education graduation ceremony. Shaun leveraged his athletic experience to inform many aspects of his career trajectory, and notably focused his doctoral dissertation in the area of student services, and specifically on advising NCAA student athletes toward career readiness and success. He also traveled to India with the Penn program to study the unique dynamics and faculty role within the Indian higher education system. Shaun’s work and education achievements position him as one of the leading educators in the country to straddle secondary and post-secondary, online, career, and traditional education. 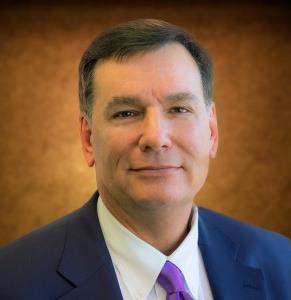 Managing Partner of CRA | Admired Leadership®, Dr. Stutman is widely recognized as an authority in leadership style and executive development.

With a fierce devotion to understanding what makes great leaders great, he is the founder of the Admired Leadership Institute® which is dedicated to uncovering and teaching the uncommon behavioral routines of the world’s best leaders. Dr. Stutman promotes the idea that exceptional leaders engage in the same routines in all aspects of their lives, including in the family, in the office, with friends and colleagues, and with clients. He is a popular speaker on the behaviors of extraordinary leaders and was delighted when he was recently introduced by a leader familiar with his work as a “practical savant.”

Dr. Stutman began his career at the University of Illinois teaching and conducting research on managing conflict in relationships, groups, and organizations. Among many published works, he is the co-author of the award-winning book, “Working Through Conflict.” A former collegiate golfer, Dr. Stutman works with college golfers and golf teams to improve mental toughness whenever he has free time. 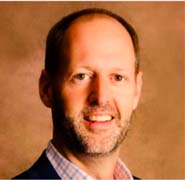 John Cook is a Partner in the firm who advises senior leaders primarily in the Financial Services, Consumer, and Technology industries.

John is also an adjunct professor of leadership to executive MBA students in the LeBow College of Business at Drexel University. Prior to joining CRA | Admired Leadership®, he was director of executive leadership development programs at the Villanova School of Business. Preceding Villanova, he spent ten years with Deloitte & Touche culminating in national marketing and business planning roles. John began his career at Harvard University in the Office for Information Technology.

John holds an MBA degree from Villanova University and is a graduate of an accredited coach-training program. He is also a classically trained musician with diplomas from The Academy of Vocal Arts and Boston University. 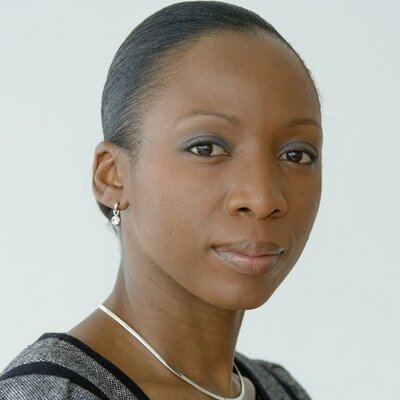 Sophie is Global COO of Shared Services and Banking Operations at Morgan Stanley. Prior to that, she was EMEA COO of Morgan Stanley’s Legal and Compliance Division. Previously, as Head of Group Treasury (Legal) at Virgin Money, she led execution of corporate finance activity, including a lead role on the flotation of Virgin Money and other deals in excess of £13 billion. Prior to this, she was a Senior Associate at global firm Baker McKenzie, advising clients such as Nike, The Body Shop and Alliance Boots. As a campaigner for inclusion and diversity, Sophie is a Strategic Advisor to Morgan Stanley’s African and Caribbean Business Alliance, Head of Race Equity Strategy for the 30% Club and a member of The Executive Leadership Council (ELC). As an entrepreneur, she is Chair and Executive Founder of the Black British Business Awards and Chair and Chief Strategist of The Network of Networks. Sophie is a recipient of many industry awards and has featured in publications including The Financial Times, The Washington Post, The Sunday Times, Management Today, HR Director and Brummell. Sophie is a Rotary International Paul Harris Fellow and has served on several philanthropic boards, including Sentebale, which was founded by Prince Harry, the Duke of Sussex, to support children affected by HIV/ AIDS in Africa. In June 2021 Sophie was honoured with appointment by HM Queen Elizabeth II as a Member of the British Empire (MBE) for services to diversity in business.